Kapoor | One exhibition in two venues 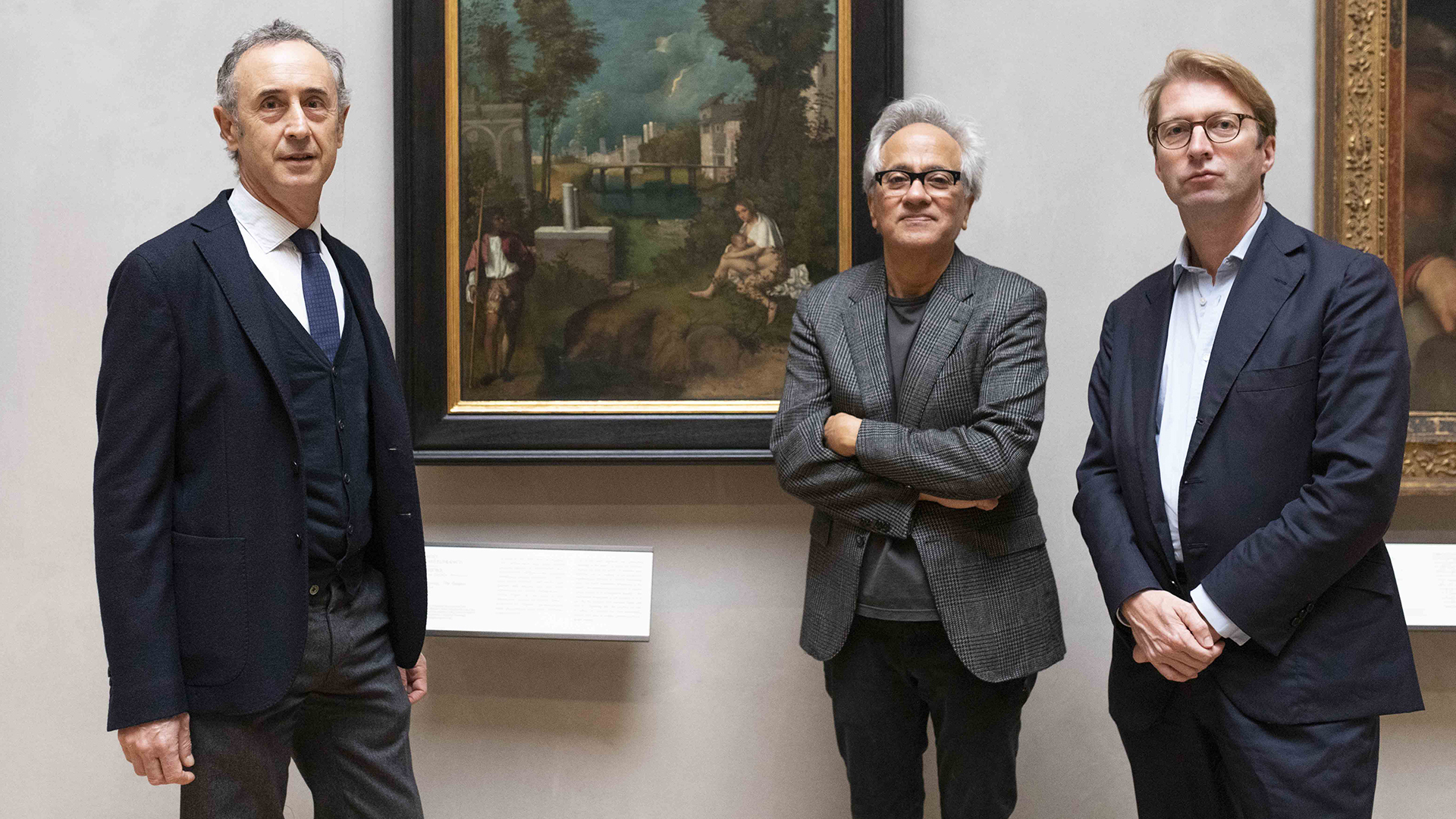 THE GREAT EXHIBITION THAT THE GALLERIES OF ACCADEMIA IN VENICE DEDICATE TO THE MAESTRO ANISH KAPOOR IT WILL ALSO BE ARTICULATED IN A SECOND VENUE, THE HISTORIC GALLERY OF PALAZZO MANFRIN

From 20th  April to 9th  October 2022, in conjunction with the next International Art Exhibition of the Venice Biennale, the Gallerie dell'Accademia di Venezia are dedicating an extraordinary exhibition to the great artist, internationally recognized, Anish Kapoor.

This exhibition will have retrospective elements alongside newer bodies of work, presenting key moments in the artist’s career. Ground-breaking new works, created using carbon nanotechnology, which will be shown for the first time, as well as recent paintings and sculptures that are testament to the vitality and visionary thrust of Kapoor’s current practice.

As announced today, 12th November 2021, during the press conference held at the Galleries, in the presence of the Director Giulio Manieri Elia, the curator of the exhibition, Taco Dibbits and Anish Kapoor, the exhibition will be enriched with a second and prestigious venue: the historic Palazzo Manfrin, in the Cannaregio district of Venice, to whose collection originally belonged a significant nucleus of masterpieces now exhibited in the Museum.

Palazzo Manfrin, purchased in 1788 by Count Girolamo Manfrin, a wealthy tobacco merchant, who had transformed the first floor of the building into an art gallery, was considered for its collection of paintings, but also of sculptures, books and prints, a sort of “completion of the Venetian painting heritage exhibited at the Academy of Fine Arts”. The Gallery had in fact become one of the major tourist attractions of Venice, visited, among others, by Antonio Canova, Lord Byron, John Ruskin and Edouard Manet.

When, around the middle of the nineteenth century, the works of the collection were sold, after the death of Manfrin, the heritage of the Gallerie dell'Accademia was enriched with twenty-one paintings including some of his major masterpieces such as: La Tempesta and La Vecchia di Giorgione, in addition to works of great quality such as the San Giorgio by Andrea Mantegna and the Portrait of a young man by Hans Memling, the Madonna enthroned with the Child and a devotee by Nicolò di Pietro, I Santi Paolo e Antonio eremiti by Girolamo Savoldo, San Pietro and San Giovani Battista by Alessandro Bonvicino, known as Moretto.

The link between Palazzo Manfrin, chosen by Kapoor as the seat of his artistic foundation, whose restoration project was entrusted to the architect Giulia Foscari (UNA / FWR Associati), and the Gallerie, which represent the most important collection of Venetian and Venetian art in the world, is therefore very significant. In this perspective, the works of one of the greatest contemporary artists are linked to a precise artistic context of significant experiences and references, and revive the very history of Venice and its pictorial tradition, from which Anish Kapoor constantly draws as a source of inspiration and creativity.

Anish Kapoor said: “It is a huge honour to be invited to engage with the collections at the Gallerie dell’Accademia in Venice; perhaps one of the finest collections of classical painting anywhere in the world.  All art must engage with what went before.  The Accademia presents a wonderful and wondrous challenge.  I feel a deep commitment to Venice, it’s architecture and its commitment to the contemporary arts.”

Giulio Manieri Elia, the Accademia’s Director, said: “Kapoor, because of his original and deep research into colour, light, perspective and space, grows from the roots of Venetian Renaissance painting, investigating its essence and interacting intimately on an ideal - we could even say conceptual - level with Bellini, Giorgione, Titian, Veronese and Tintoretto”.

Taco Dibbits said: “All artists, however cutting-edge and contemporary, are in debate with those who have gone before. The Gallerie dell’Accademia is the perfect site for a modern master to explore the themes that have always engaged sculptors and painters. Kapoor’s latest works, using the most advanced nanotechnology, promise to be a revelation.”

Anish Kapoor represented Great Britain at the 44th Venice Biennale in 1990 where he was awarded the Premio Duemila Prize. In 1991 he won the Turner Prize and has gone on to receive numerous international awards including the Praemium Imperiale in 2011 and Padma Bhushan in 2012. He received a CBE in 2003 and a Knighthood in 2013 for services to the visual arts.

The exhibition is accompanied by the catalogue published by Marsilio Arte.