Madonna and Child and Saints Catherine and Mary Magdalene

The work was bequeathed to the museum in 1850 by Maria Felicita Bertrand, widow of count Bernardino Renier. The sacra conversazione between the Virgin and Child and the two saints takes place in an indistinct setting, a darkened room where the diaphanous flesh of the figures seems to glow with its own light. The work was intended for private devotion and Bellini may have portrayed two Venetian patrician women, dressed and posing as Saint Catherine of Alexandria, seen with her regal hairstyle threaded with pearls according to an ancient model, and a young Mary Magdalene with her hair loose. Some have noted Leonardesque overtones in the relation between the figures and their background. Leonardo was in fact in Venice in 1500, but for this to be plausible, the work must have been painted in the early years of the sixteenth century, whereas most critics believe it was executed in the 1490s, around the time when the Frari Triptych was painted, in 1488. Therefore the influence may well have been the other way round. 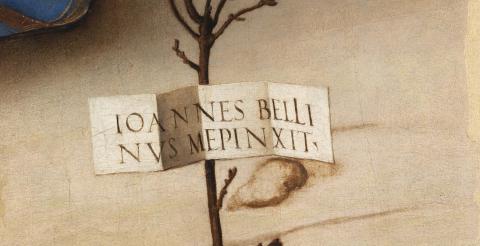 Head of Christ and cartouche 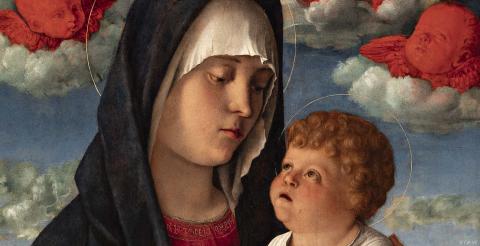 Madonna and Child (Madonna of the Red Cherubim) 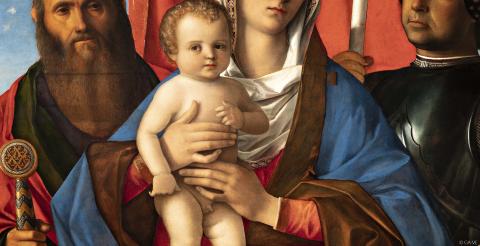 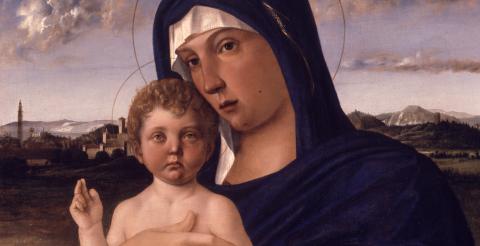 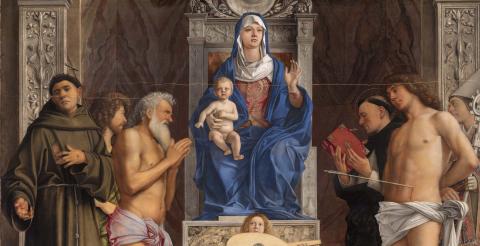 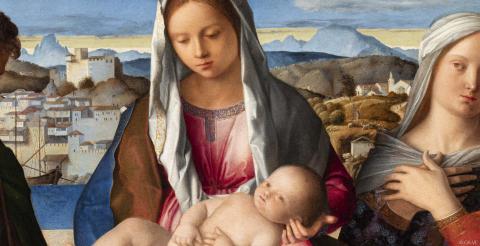 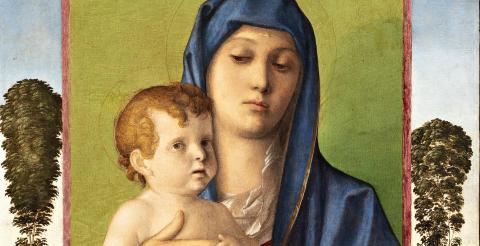 Madonna of the Alberetti, or Small Trees 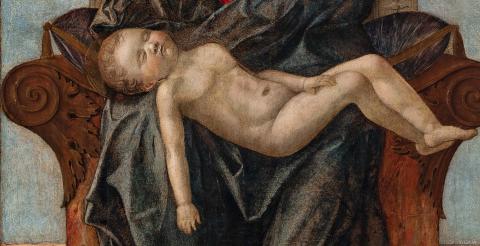 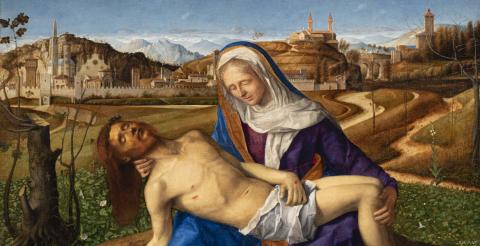