Christ with His Apostles

The wood panel, originally subdivided into two smaller panels, comes from the church of Santa Maria dei Servi in Venice, where it was placed on the relics altar. Bonifacio was probably offered the commission because of his famous father and chronicler Anselmo Gradenigo, who was also had Jacopo Sansovino called in for the new altar. The didactic and heavily descriptive nature of the work, which is embellished with citations and passages from the New Testament, especially the dialogue between Christ and the apostle Philip (John 14:8), is strictly linked to its function and the cult of relics. Stylistically, the work recalls Bonifacio’s early indebtedness to Palma Vecchio’s art. Although it is not certain he was Palma Vecchio’s student, he certainly was one of his constant collaborators – so much so, in fact, that in the past scholars even hypothesised that the two maestros collaborated on the work. Despite the Palmesque nature of the figures, the Servi certainly commissioned the work in 1533 when, according to an old inscription, the new alter was reconstructed. 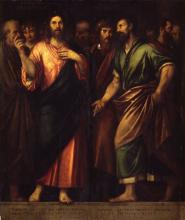 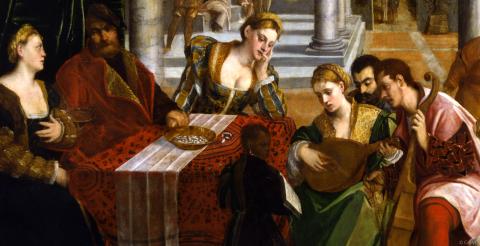 The Parable of the Rich Man (Dives) and Lazarus 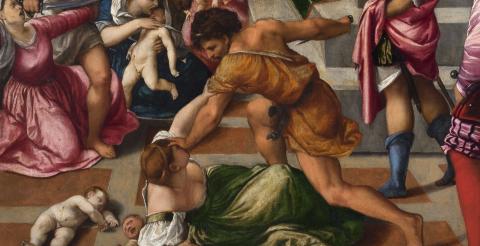 The Massacre of the Innocents