Crucifixion and Apotheosis of the Ten Thousand Martyrs

Signed and dated 1515, this altarpiece was commissioned by Ettore Ottobon and originally hung on the right hand side of a marble altar in the church of Sant’Antonio di Castello, which has since been demolished. This was the first attempt by an Italian artist to deal with this subject matter. The painting recounts the legend of nine thousand Roman soldiers who were sent to fight Armenian rebels under the command of the centurion Acacius. Following a bitter defeat, they were converted to Christianity when an angel, seen in the background, appeared to them on Mount Ararat, and only then were they able to defeat their enemy. When news of what had happened reached the Roman emperor, he joined with six other pagan kings, who are seen on horseback in the lower right corner, and travelled to meet the converts to inflict the same torture on them as Christ had been subjected to. The strength of faith shown by Acacius’s army led another thousand soldiers to convert and they too met with the same fate. The viewer is presented with random episodes from the legend that stretch into the distance with no particular compositional focus while the design of the great narrative cycles has been adapted for the altarpiece format. The overall result has little in common with Bellini’s more sedate work. Carpaccio’s painting also draws on a variety of figurative traditions, with references to artists such as Michelangelo and Dürer, who had addressed the same theme in a late-fifteenth-century woodcut and in a painting for Frederick the Wise in 1508 (Vienna, Kunsthistorisches Museum). 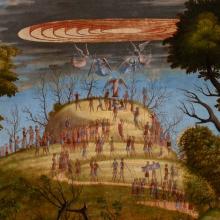 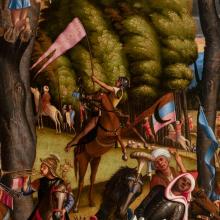 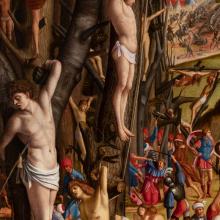 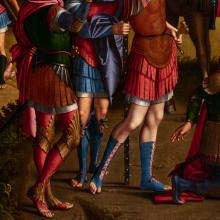 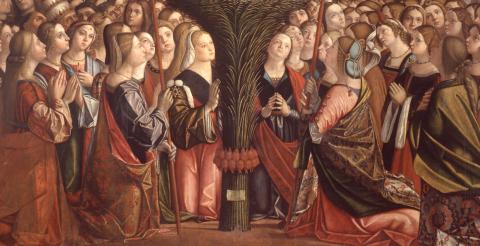 Apotheosis of Ursula and Her Companions 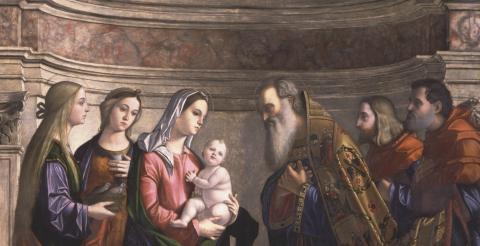 Presentation of Jesus in the Temple 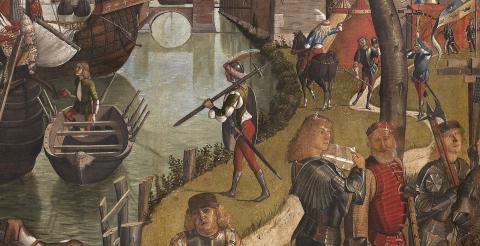 Arrival of the Pilgrims in Cologne 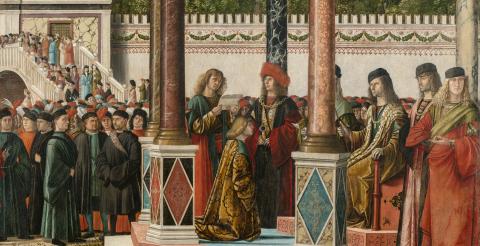 Return of the Ambassadors 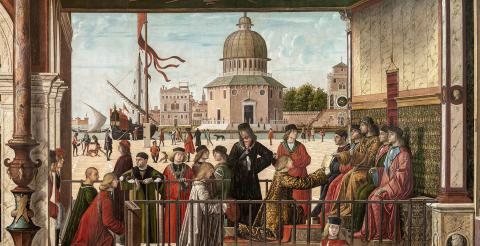 Arrival of the Ambassadors 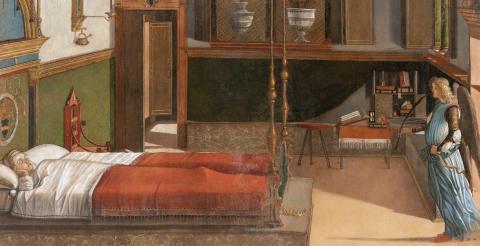 The Dream of Ursula 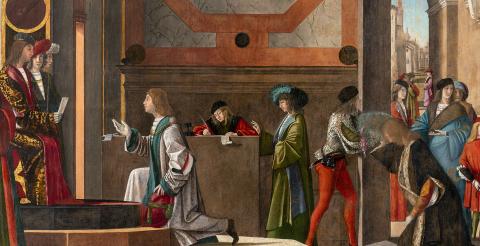 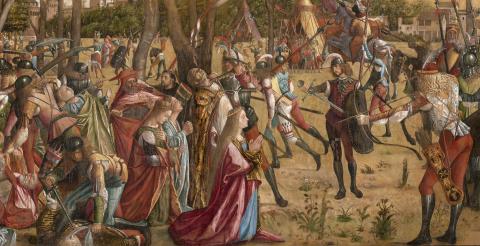 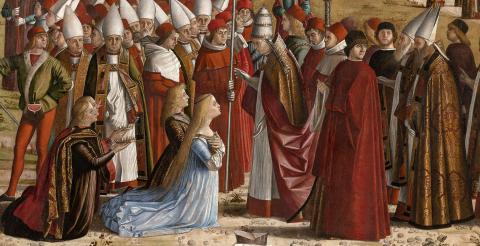 The Pilgrims (Saint Ursula and Her Betrothed) Meet with Pope Cyriacus