Incredulity of Saint Thomas and Saint Magnus of Oderzo

The painting comes from the Scuola dei Mureri at San Samuele, where it is mentioned in seventeenth- and eighteenth-century sources as being on the altar of a first-floor room. It was removed in the early nineteenth century, when the Scuole were suppressed, before being declared state property and destined for the Gallerie dell’Accademia, where it finally arrived in 1929. The two patron saints of masons (mureri in Venetian), Thomas and Magnus, are shown on either side of Christ, with the innovative and highly successful iconographic idea of setting an Incredulity of Saint Thomas outdoors, beneath an extraordinarily realistic loggia with polychrome marble. The great care Cima da Conegliano lavished on the painting’s spatial element could be read as a reference to the profession of the Scuola’s members. Deploying the cold tones of whites and blues, the composition depicts the three characters almost protruding from the proscenium, evoking a direct comparison with contemporary sculpture and in particular the activity of the Lombardo family. A second version of the same theme, which nonetheless more traditionally places the apostles around the group of Christ and Saint Thomas, was painted by Cima da Conegliano for the confraternity of the Battuti in Portogruaro (now at the National Gallery in London). 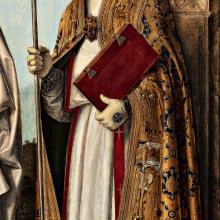 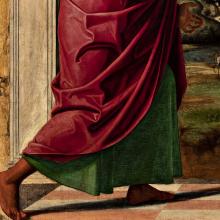 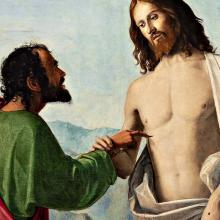 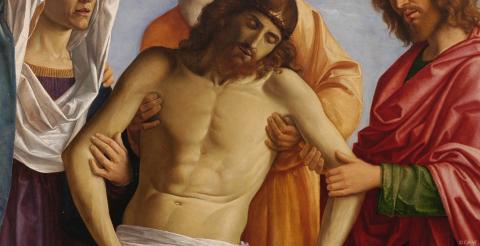 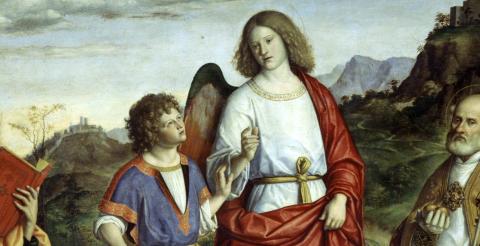 The Archangel Raphael with Saints James the Great and Nicholas 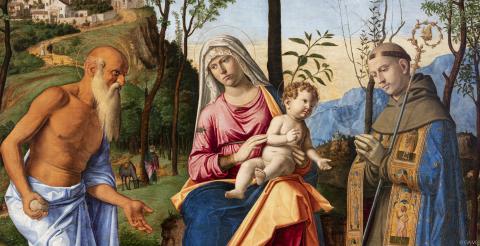 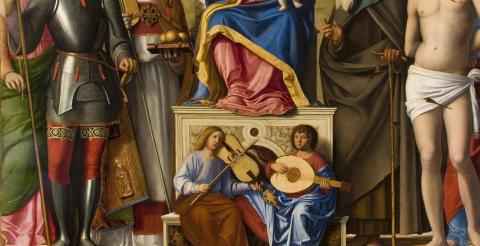 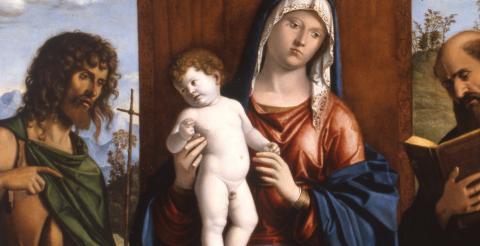